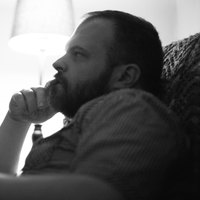 Matthew Milner is a digital historian of late medieval and early modern England. He completed his PhD in History at the University of Warwick in 2007, and postdoctoral degrees and fellowships in Toronto and Montreal. Since his arrival in Montreal in 2008 he has spearheaded McGill University's Digital Humanities Initiative. In Spring 2014 he was appointed Assistant Director of the McGill Centre for Digital Humanities. As an historian, his work focuses on the history of the sense and sensory history, and the role of the senses in religious and intellectual life in 15th and 16th Century England. His first monograph, The Senses and the English Reformation, was published in 2011 by Ashgate.

Digitally he is interested in large scale collaborative research environments, linked open data, and historical social networks. NanoHistory is a revision of the custom research environment he developed for the Making Publics project, based at McGill until 2010.

Susan M. Cogan is a historian of late medieval and early modern England, interested in Catholic and Protestant efforts at maintaining social concord during a period of deep social and religious change. Specifically, her research focuses on how social, cultural, and political networks facilitated different types of social coexistence in the English Midlands, c. 1450-1630. She is an Assistant Professor of Early Modern European History at Utah State University in Logan, Utah.

Her article, "Building the Badge of God: Architectural Representations of Persecution and Coexistence in post-Reformation England" appeared in the Archive for Reformation History vol. 107, in October 2016. Her current research includes a monograph, English Catholic social networks and patronage relationships, 1570-1630.