I spent a bit of september revising the Radar tool. While the initial draft worked, it didn't look as nice as I wanted it to, and it also wasn't interactive. Moreover, there were some issues with how the data was compiled. I also wanted some kind of scaling in the layout of the rings, and in the centre. It was difficult to see anything around zero, especially if the largest value was above 10%. Here's a screen capture of the older version of the tool: 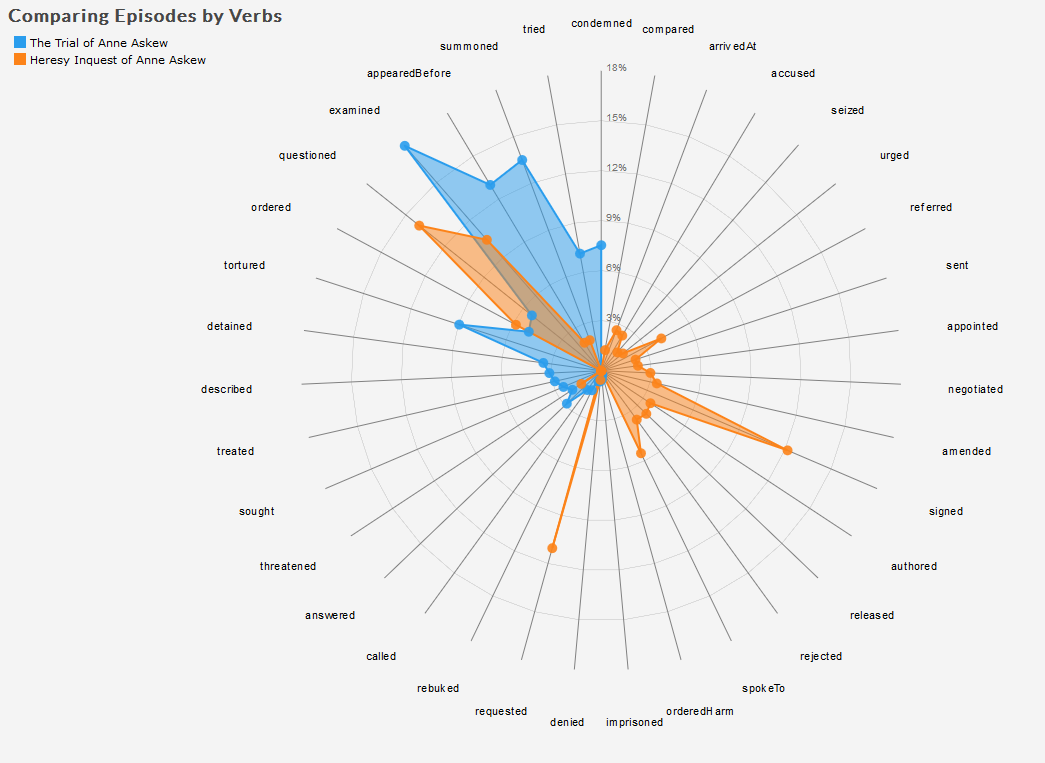 I didn't change much, if anything, in the underlying job handler. But I did take advantage of ...'s revision of the radar visualization, and alter it accordingly. Primarily it meant blending what I'd already done in radar, with some new cleaner graphic effects and svg techniques (especially the filtering). The hardest part was figuring out the kind of scaling needed, and how to deploy it within the existing code. I opted for sqrt or square root which allows for a better kind of scaling than power.

Lastly, I wanted to make the new graph more interactive. Nadieh Bremer's revision ( http://bl.ocks.org/nbremer/21746a9668ffdf6d8242 ) had some interactivity, but I added hovering for spokes or radials, and highlighting of the label. I also controlled for opacity on hovers, especially with points on the radar itself since the overall objective of radar is to present historical phenomena or metrics as a kind of fingerprint - not just a curvy wavy graph. The point is to see how the actual 'shapes' of a phenomenon compare to others with the same verbs or characteristics. And so, while the points are important in a certain sense, in another, they're not. But seeing zeros is - hence the large empty space in the middle of the visualization.

What we're left with is something like a photograph of overlapping multi-coloured solar flares. Each flare is a particular representation of an historical phenomenon as described by the data entered by a user, etc., in relation to others plotted along the same radials. The metrics are relative, not absolute, so we get a sense of the character of an historical phenomenon regardless of how well or poorly documented it might actually be in the record.

Here's an example of the revised tool: